“Every child we teach is a man we win. Ignorance is the night that begins the abyss” said Victor Hugo in one of his famous poems. It is in this perspective that the NGO GAHESD undertook the operation of distributing school kits to learners of the School for deaf “Les Merveilles” which was held on Wednesday October 07, 2020 in Zè a municipality of Abomey-Calavi (Benin). 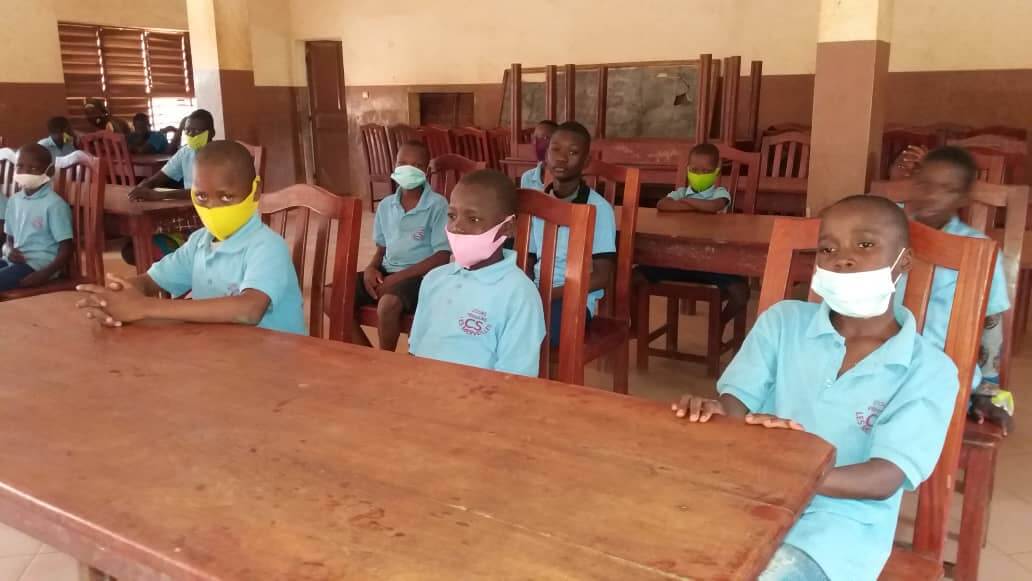 The learners through a few dance steps welcomed the assistance to mark the opening of the session. 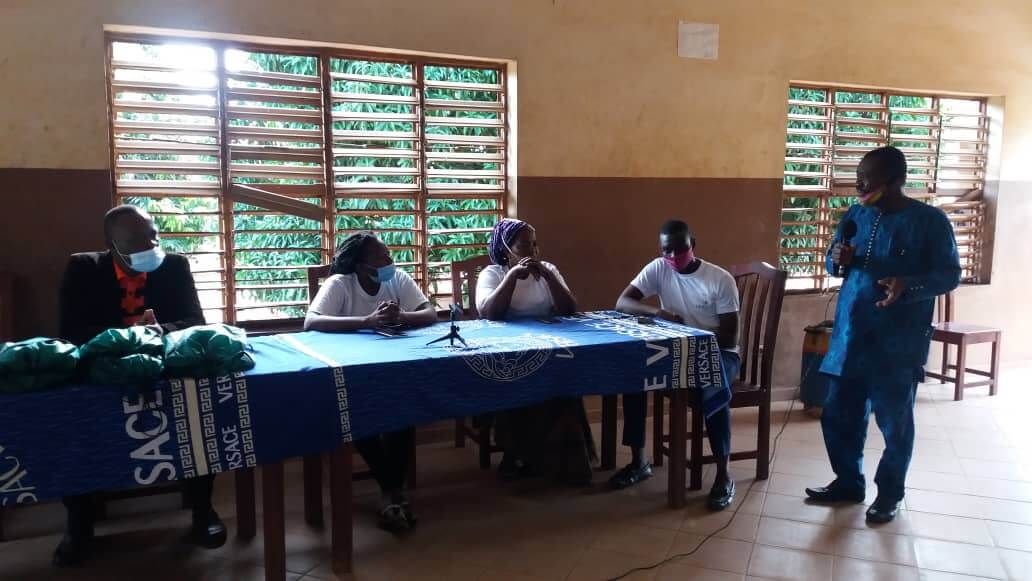 After welcoming the audience, the founding president of the School for deaf “Les Merveilles” presented the objectives of the school before welcoming this saving gesture which will allow hearing-impaired children to flourish during the course of the year. He also expresses his gratitude to the NGO GAHESD for its support which bears the efforts of the Beninese government to elevate all children education. 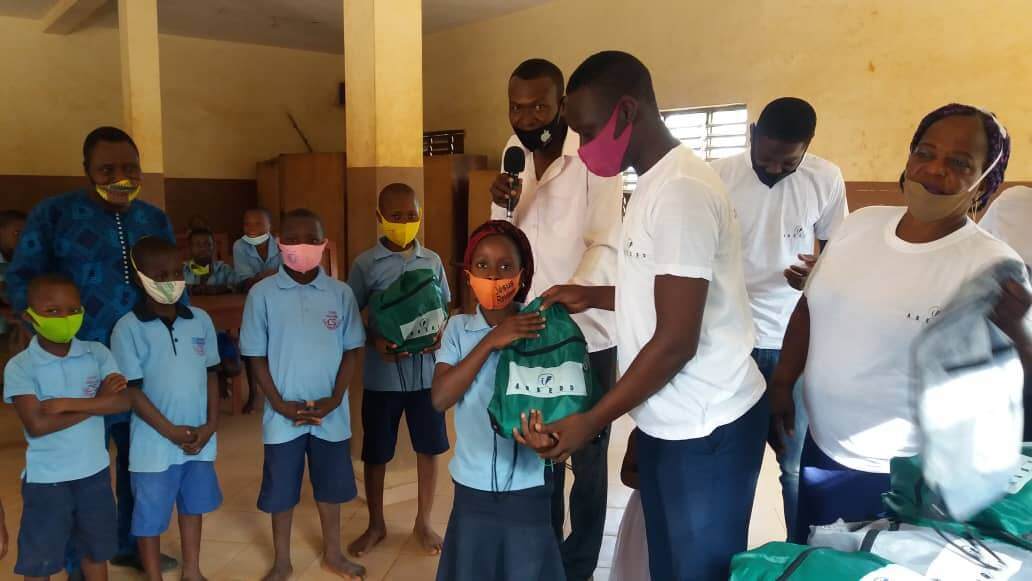 After expressing her sympathy to the audience, Executive Director Farida HOUESSOUGA introduced the NGO GAHESD in her editorial slant. She advises that this initiative to distribute school kits to hearing-impaired children is in line with the ambitions of the NGO, which is to fish out disadvantaged sections of Benin society and give them back a smile.

They were 50 in number who benefited from school kits. Touched by this mark of love and this fraternal gaze towards them, the beneficiaries lacked qualifications to magnify the support they enjoy. 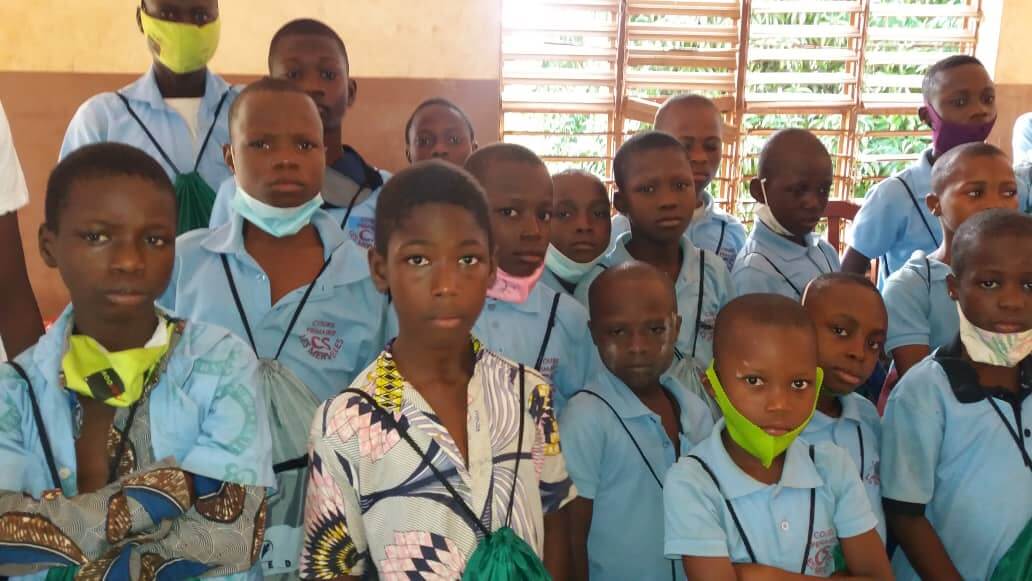 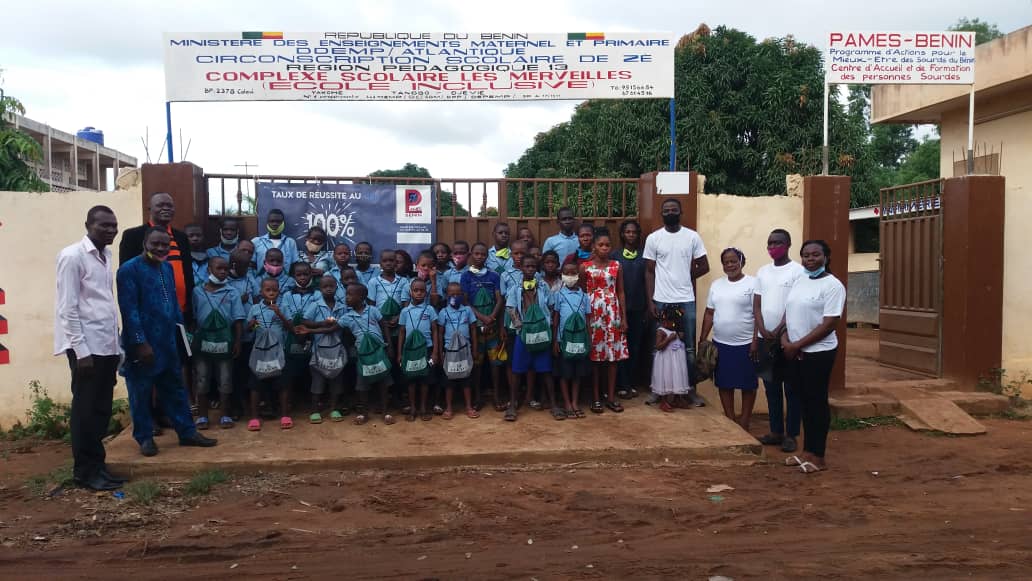 The end of the session was marked by the closing word from the founder and by the photo session with the children. He thanked everyone in attendance for the hard work. While wishing a safe return to the participants of the session, he declared the session closed at 6:25 pm. 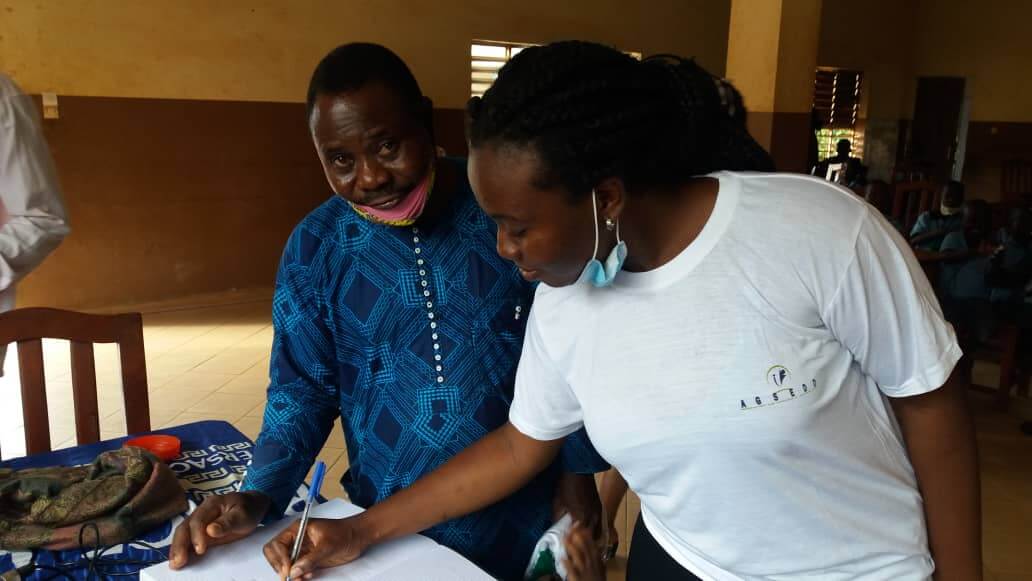